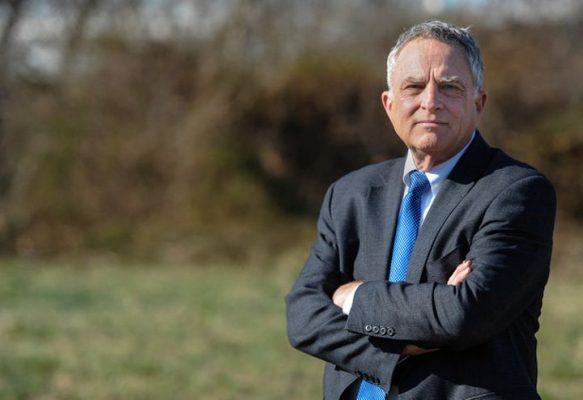 Over the last three years, Joe has co-authored six policy briefing papers focusing on the abusive power monopolies have over our food and agriculture sectors. His work has been profiled by Huffington Post, Mother Jones, Politico, and The Nation. He has been cited by CNN, The New York Times, NPR, USA Today, Washington Post, and many agriculture and regional outlets.

Joe has held key positions in both political and initiative petition campaigns. During the current election cycle, he has assisted Presidential, U.S. Senate and U.S. House of Representative candidates in developing their antitrust, agriculture and food policy positions.

Joe holds degrees in agriculture economics and law from the University of Missouri. He served as a Missouri state legislator, as Missouri’s Lieutenant Governor, and is retired from the Army National Guard, where he served as a First Sergeant in the Field Artillery. Joe and his brother, Steve, are Missouri family farmers.

Angela Huffman has overall strategic and operational responsibility for all program areas, and her primary responsibility is to ensure the cohesion and coordination of all programs and activities to help the team meet its goals.

Angela brings unique experience in integrating research, communications and advocacy which has led to successful policy reforms for economic justice. Her winning strategy centers on building capacity through broad-based, diverse collaborations. She has appeared on NPR and Fox News, and has been cited in Forbes, The Washington Post, Politico, and dozens of regional outlets covering the impacts of consolidation in agriculture.

Angela holds an M.A. in Public Policy and Management from the Ohio State University. Her experience also includes financial and grants management and more than 10 years in public service and advocacy.

Angela is renewing her family’s 200-year tradition by becoming the sixth generation to live and farm on their Northwest Ohio homestead.

Emily previously worked at the National Sustainable Agriculture Coalition, the Missouri Science and Technology Policy Initiative, and the Iowa House of Representatives. She holds a M.S. in Rural Sociology from the University of Missouri, and a B.S. from Iowa State University where she double majored in Animal Science and Agriculture & Society. Coupled with her coalition building and advocacy experience, she uses a holistic lens to transform on-farm challenges into robust policy opportunities.

A rural Iowan at heart, Emily now lives in St. Louis, MO where she supports her community’s farmers and urban agriculture initiatives.

Anna (she, her, hers pronouns) brings her knowledge and experience in program development, communications and social justice to the team. Anna grew up in Maplewood, New Jersey, a suburb of New York City, and obtained an undergraduate degree in Psychology and English at Rutgers University.

After working in mental health and public education with multiple organizations including national non-profit City Year, she could not ignore the lack of access to healthy food in schools and an increasing disconnect between urban centers and the rural lands and communities that feed them. Anna obtained a Masters in Social Work at the University of Denver, with a focus in Sustainable Development and Global Practice. At the same time, she began working with a Denver food justice non profit, the Grow Haus, and cultivated skills in fundraising, marketing and social media development.

Following this, Anna worked with the Institute for Human-Animal Connection, leading the development and execution of multiple research projects. Anna hopes to use her experience working with diverse groups of people to regenerate environmentally sustainable local food systems and heal rural and urban communities through fair access to nutritious foods. 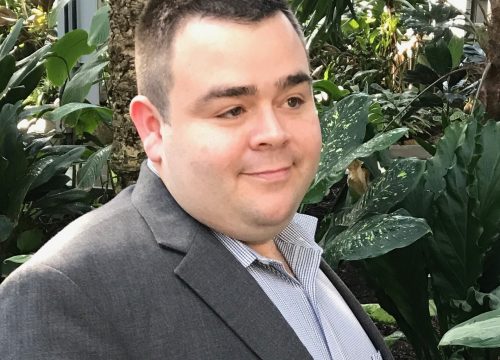 Jake Davis works as an entrepreneur, farmer, and policy advisor at the state and national level. With a Bachelor’s Degree in Agriculture Education from the University of Missouri and a Masters of Public Administration from the Harry S. Truman School of Public Affairs, Jake has dedicated his career to building a better farm and food system through market development and policy reform.

Over the past decade Jake has provided market and policy expertise to national NGOs including the National Audubon Society, the Berry Center, and many more. In 2019, he collaborated in drafting four landmark pieces of legislation to create structural reform of federal farm policy.

His passion for revitalizing rural communities and safeguarding family farmers developed early growing up on a diversified farm in Southwest Missouri. He currently farms in central Missouri, producing pasture-raised pork and vegetables. Jake and his wife, Chelsea, own Root Cellar, a local food hub in Columbia, Missouri.

Webster Davis is owner of Triple D Produce, located two miles west of Auxvasse, Missouri. He has worked with various FFA groups to secure vegetable starts and encourage youth to pursue food production as an occupation. He worked with Lincoln University as a mentor for the Minorities in Agriculture, Natural Resources and Related Sciences (MANRRS). He hosted an intern through Lincoln University and has served on the planning committees for Minority and Limited Resources Farmers and Ranchers Conferences.

Webster is a proud Ambassador for the Missouri AgrAbility program which is dedicated to helping farmers and ranchers return to their passions and livelihoods after an accident; they offer a multitude of resources and collaborate with many groups to make this possible.

Webster is a veteran having turned 18 years old in U.S. Marine Corps boot camp and serving almost 23 years in the U.S. Marine Corps Reserve and Missouri Army National Guard. He is a member of the Farmer Veteran Coalition. He conceived and is Chairman of the State of Missouri NAACP Agriculture Committee, whose goal is to increase awareness of agriculture issues and opportunities.

Webster is the treasurer of the Union Local where he works at the Callaway Nuclear Plant, and is proudly serving as the Secretary for the State of Missouri NAACP Conferences. In this role he is fulfilling the important work of ensuring that books and papers are ready for the next generation.

Lillian has over two decades of experience in leading organizations and public interest advocacy. She has led multi-state organization and advocacy efforts on issues surrounding entrepreneurship, antitrust enforcement, economic development in rural areas, and healthcare.

Lillian served six years as a subcabinet official for the Obama administration as Deputy Undersecretary for the United States Department of Agriculture. Lillian served as a founding member of the White House Rural Council and has been an unwavering voice for the state of rural Americans and small farmers and their specific concerns regarding innovation and entrepreneurship/business start-ups and access to capital and consolidation especially for new and beginning farmers. Lillian oversaw a federal budget of 30 billion dollars and oversaw over 5000 federal employees and is known for working both sides of the aisle to get things done for those without a voice in this America.

Lillian’s experience “in the trenches” working for stakeholders and alongside government for over twenty years has given her an in-depth understanding of the crucial role advocacy plays in assuring government has the information necessary to make fact based decisions. She recognizes the political importance of identifying issues and creating strong relationships and teams to effect change. Lillian is an experienced coalition builder, which she attributes to her growing up in rural Texas as one of nine children. Lillian holds a B. A. degree in Latin American studies from the University of Texas at Austin, an M. A. in Criminal Justice from the University of North Texas, and a J. D. degree from Southern Methodist University.

Barry Lynn directs the Open Markets Institute. Previously, he spent 15 years at the New America Foundation researching and writing about monopoly power. He is author of Cornered: The New Monopoly Capitalism and the Economics of Destruction  (Wiley 2010) and  End of the Line: The Rise and Coming Fall of the Global Corporation  (Doubleday 2005).

Lynn’s writings on the political and economic effects of the extreme consolidation of power in the United States have influenced the thinking of policymakers and antitrust professionals on both sides of the Atlantic. His work has been profiled on CBS and in the New York Times, and his articles have appeared in publications including  Harper’s, the Financial Times, Harvard Business Review,  and  Foreign Policy. He has appeared on CBS, PBS, CNN, the BBC, NPR, MSNBC, C-Span, and the Christian Broadcasting Network, among others. Prior to joining New America, Lynn was executive editor of Global Business Magazine  for seven years, and worked as a correspondent in Peru, Venezuela, and the Caribbean for the  Associated Press  and  Agence France Presse.

Sarah Miller is the Executive Director of the American Economic Liberties Project. Previously, she served as the Deputy Director of the Open Markets Institute, which was credited by Rolling Stone as “the driving force behind the resurgence in public understanding and desire for action around antitrust and monopolies.” She is also Co-Chair of Freedom From Facebook, a coalition of progressive groups that succeeded in bringing the concept of breaking up Facebook into the mainstream.

Prior to Open Markets, Sarah spent 15 years in Washington D.C. working on policy and strategic communications from the vantage points of campaigns, advocacy organizations, and the federal government. She was a policy advisor at the U.S. Treasury in the Obama Administration, worked as an advisor to John Podesta at the Center for American Progress, helped launch and lead the Washington Center for Equitable Growth, and served as a policy staffer for Hillary Clinton’s 2008 presidential run. She graduated from the University of Chicago with honors and hails from Muskogee, Oklahoma.

Wes Shoemyer is a family farmer in Northeast Missouri where he operates a diversified farm with his father, son, and wife. Wes is a former member of the Missouri House of Representatives and Missouri State Senate. He has served on the board of the National Farmers Organization and Missouri’s Food for America. Wes is also a founding member of the Institute for Rural America.

Anim Steel is the executive director and co-founder of the Real Food Generation, which harnesses the power of youth and universities to build a fair and sustainable food system (programs include the Real Food Challenge, the Real Meals Campaign, and Uprooted & Rising). Prior to Real Food Generation, Anim led national initiatives at The Food Project in Boston. Anim holds a B.A. in Astrophysics and History from Williams College and a Master’s Degree in Public Policy from Harvard’s Kennedy School of Government. Born in Ghana, Anim grew up in West Africa and Washington, D.C.